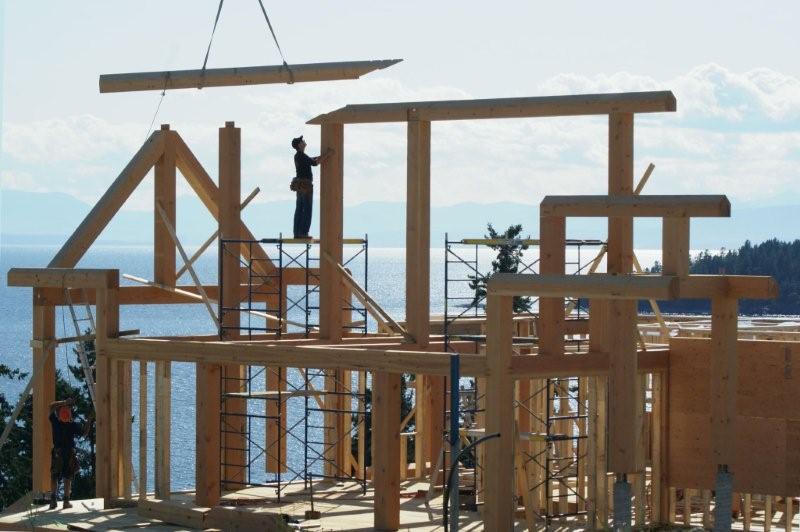 Timber framing and “post-and-beam” construction is a general term for building with heavy timbers rather than “dimension lumber” such as 2″x4″s. Traditional timber framing is the method of creating structures using heavy squared-off and carefully fitted and joined timbers with joints secured by large wooden pegs (larger versions of the mortise and tenon joints in furniture). It is commonplace in wooden buildings from the 19th century and earlier. The method comes from making things out of logs and tree trunks without modern high tech saws to cut lumber from the starting material stock. 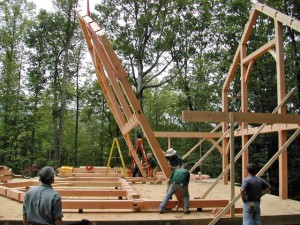 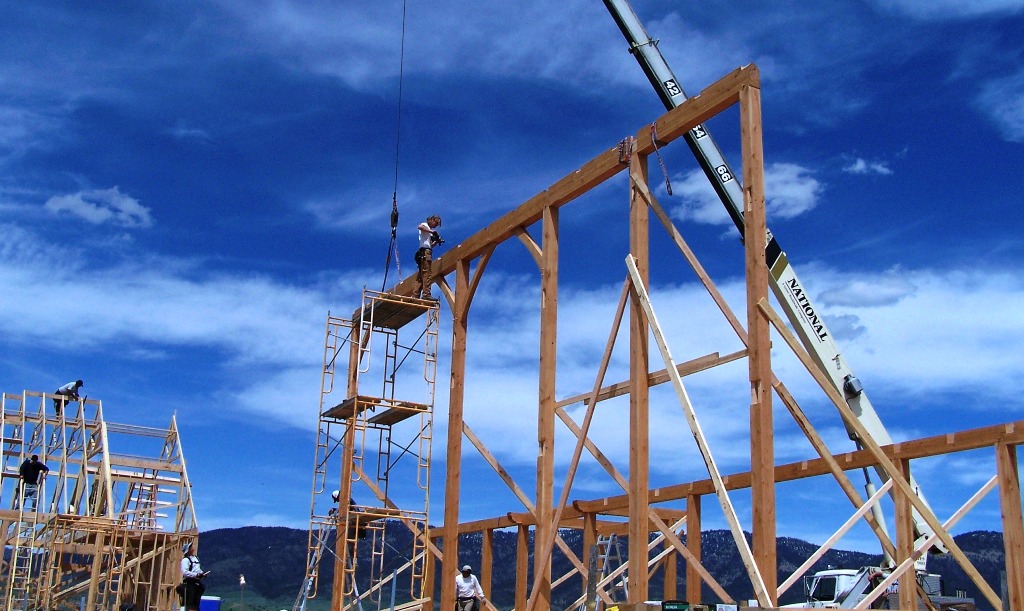