And the Georgie Awards FINALISTS are …

Home/Blog/And the Georgie Awards FINALISTS are …
­
Previous Next

And the Georgie Awards FINALISTS are …

We are please to announce that we are Georgie Award finalists for;

Initially the intent for this space was an exterior shower, however, during our first site visit following the site clearing and blasting it became evident that the natural rock formation and location deserved a more impressive feature. While we pondering ideas with the client, over a few drinks, a sub-contractor stood at the top of the rock formation and relieved himself into the hole…he then suggested a waterfall. The client loved the idea and the goal was then to create a beloved, inspirational space that blends in with the surrounding forest. We also wanted to carry that space into the master bedroom ensuite, more specifically the shower.

We utilized the existing site stone, several large landscape rocks and a specifically colored granite slab, which in one piece went from the exterior to interior. The major design hurdle was the detailing necessary to carry the granite slab through to the shower and find a manufacturer that would warranty the sealed window unit. We also carried that same stone beyond the shower and behind the toilet. We then tied it all together with a large stone mosaic by a local artisan that slowly sweeps behind the sinks and carries around the tub, completing the bathroom and visually carrying the eye from one end to the other.

Plant pallet is West Coast Fusion (blend of native material and coastal inspired plants such as California lilac and Blood Good Maples that provide contrast to the surrounding “green background”, be drought tolerant, deer proof and low maintenance. As much local materials as possible were sought, including stone. Other plant material including large Douglas fir, mtn hemlock, grand fir, and in the ‘living wall’ beside the water feature, moss, licorice ferns and wildflower seed. 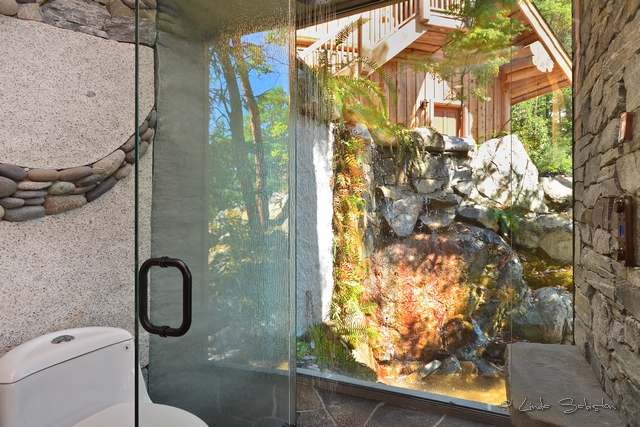 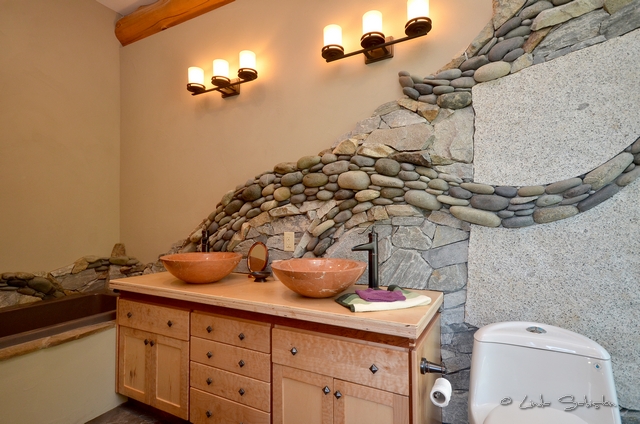 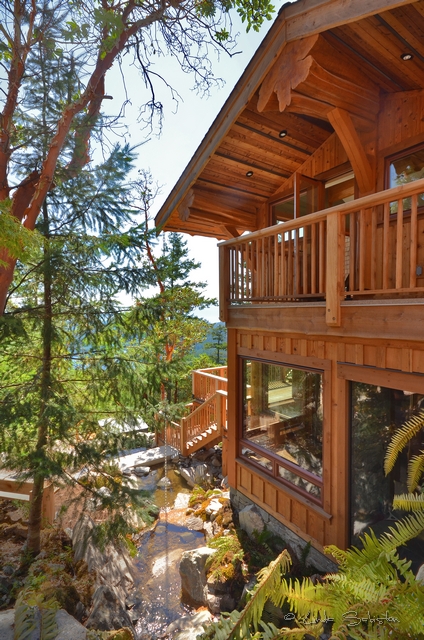 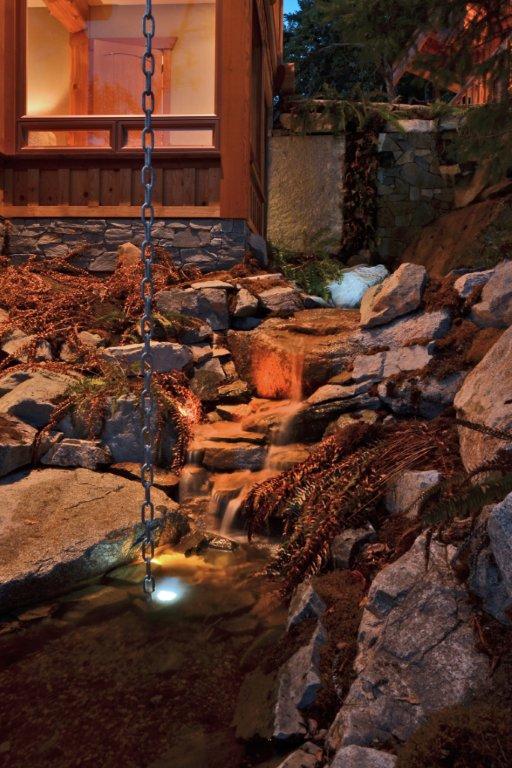 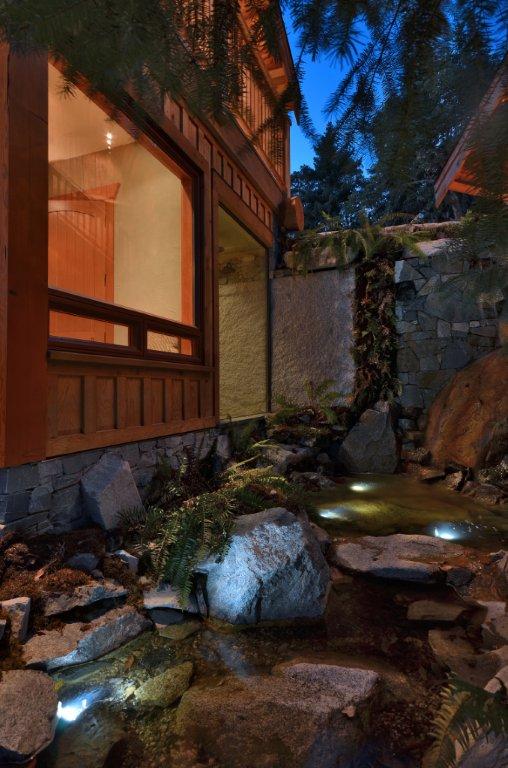 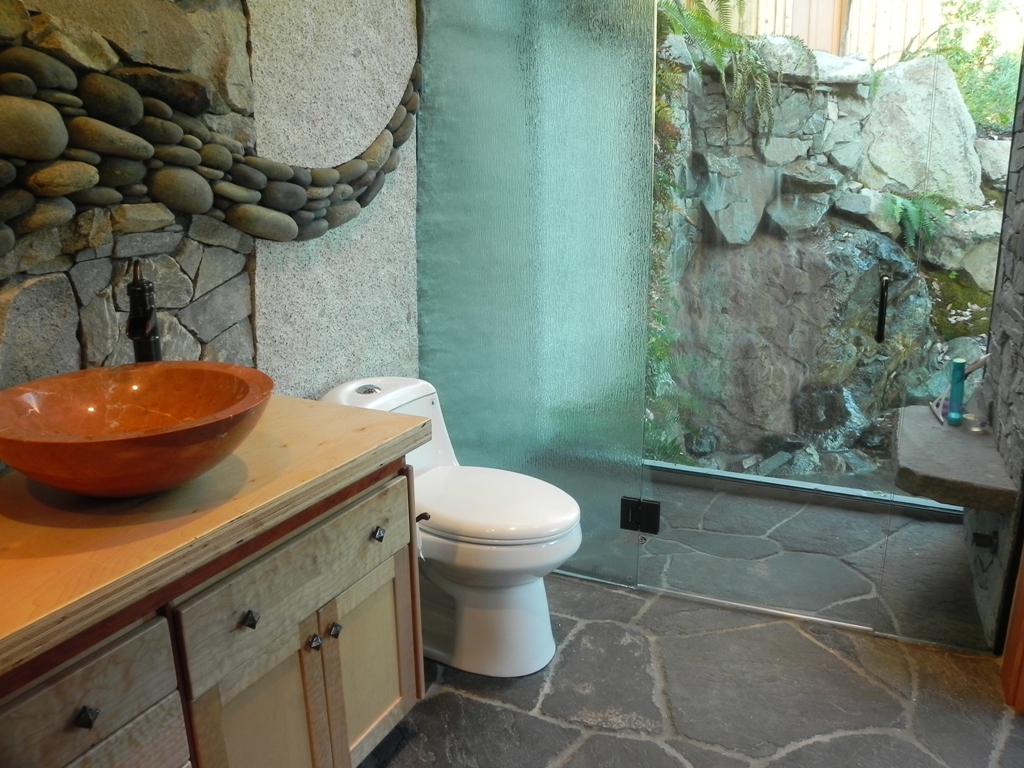 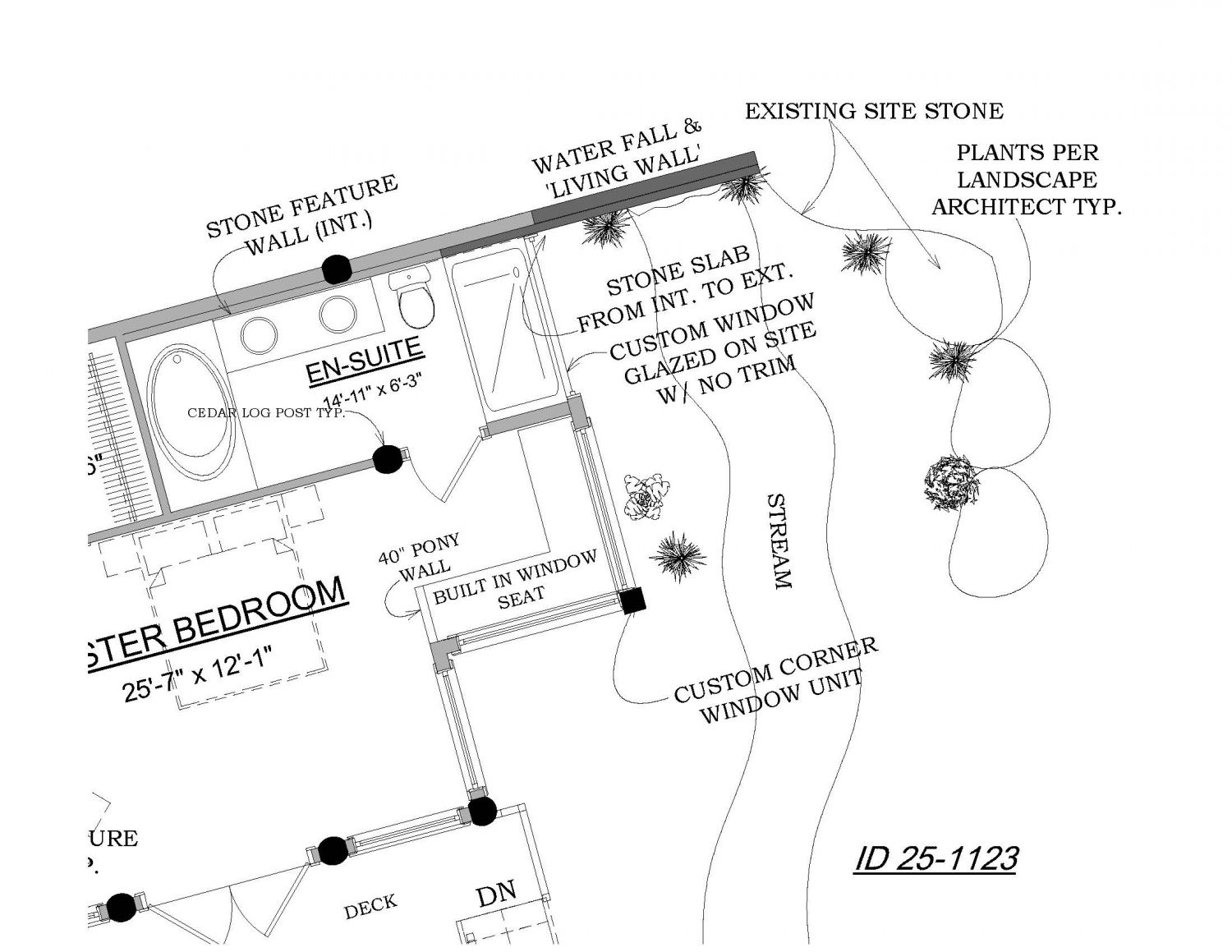